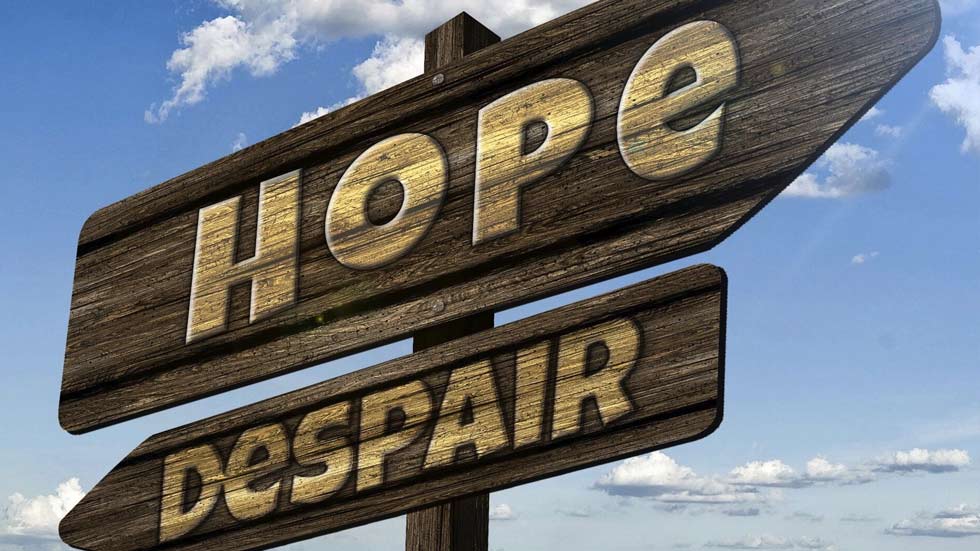 A friend once told me, “It’s easier to tear something down than to build something up.” Those words seem particularly poignant today as we see images on TV of demolished buildings in war-torn countries and hear the criticisms and warnings at home about our failing democracy, economy, and standing in the world. The trend lines don’t look good, and it’s easy to feel threatened and even fatalistic about the future.

On top of all that, a majority of the scientific community has told us the world’s climate is headed toward conditions we have never experienced before. We can expect, at a minimum, massive dislocations and adjustments to maintain a semblance of the world we have inhabited up till now. It’s no wonder everywhere we turn we are confronted by bad news.

It’s also not surprising that most of the recent novels in the climate fiction subgenre, cli-fi, paint a bleak, dystopian future (examples include The Water Knife by Paolo Bacigalupi and The Collapse of Western Civilization by Naomi Oreskes and Erik M. Conway). In an effort to both inform and motivate people to take action against these disturbing trends, it appears that journalists and fiction writers hope that powerfully illuminating problems will frighten and galvanize their readers to do something. Unfortunately, given the sheer volume of problems we’re exposed to, this strategy may contribute to paralysis, depression, or denial.

That is why I’ve chosen to write climate fiction novels with a blend of reality-based description of global warming along with characters whose personal and technical responses reflect wisdom, courage, and a commitment to find solutions. This approach represents a middle ground instead of the utopian end of the spectrum, potentially dismissed as too Pollyanna or pie in the sky. It models attitudes and behaviors we should adopt.

My wife observed recently that daily living requires nonstop problem-solving—we are always trying to figure out how to overcome small and large obstacles such as the car won’t start, the roof leaks, or our cell phone dies.  Today’s climate-related challenges appear more frequent and massive than anything we’ve ever experienced like coastal flooding, wild fires, and water shortages.

Many solutions are “way above our pay grade,” like converting from coal and oil to renewable energy, and will require policies at the state, national, and international levels, such as the Paris Climate Accord.

But that doesn’t mean we shouldn’t attempt to imagine solutions.  We must remain open, creative, and hopeful that remedies are possible. We need to conceive of these even though they will require courage in the face of seemingly overwhelming odds.

My blended reality-based/utopian fiction may not solve any problems by itself, but it may inspire and stimulate readers who will “build things up rather than tear them down.”

Thank you for your reflections here, especially regarding climate change. I can empathize with your wife, as I often feel my life is overcrowded with problem solving tasks, but as you so aptly state, even though solutions to the climate problem are way above my pay grade, it doesn’t mean I shouldn’t think about solutions (and I might add, support those that I feel will yield progress without shocking our economy.)

I so look forward to your fictional books. I’ll follow you on Twitter so I can know when it’s published.

Thanks for your comment, Teri. Everyone, scientist or not, needs to be thinking of solutions and making changes to help us save our planet. I’ll keep you posted on the progress of Watermelon Snow.

With so many denying climate change-especially in the new administration- I hope your book will convince it’s readers that it is a “real” problem and that we humans can take actions to at least alleviate some of the problems it is creating. I look forward to your book.

My hope is the novel will make climate change personal for readers. I marvel (in a negative way) that so many people can deny the evidence and the judgment of the large majority of scientists. From all we are told, we are approaching a tipping point beyond which it will be difficult to pull back. Kate and Grant, my two protagonists, are doing everything they can to help. I’m excited to share Watermelon Snow with you when it comes out.

How the New York Times Books Editor and the Climate Desk covers the cli-fi genre of novels and movies — (**Hint: they don’t!** ) — https://thefutureofreading101.blogspot.tw/2017/10/how-new-york-times-books-editor-and.html