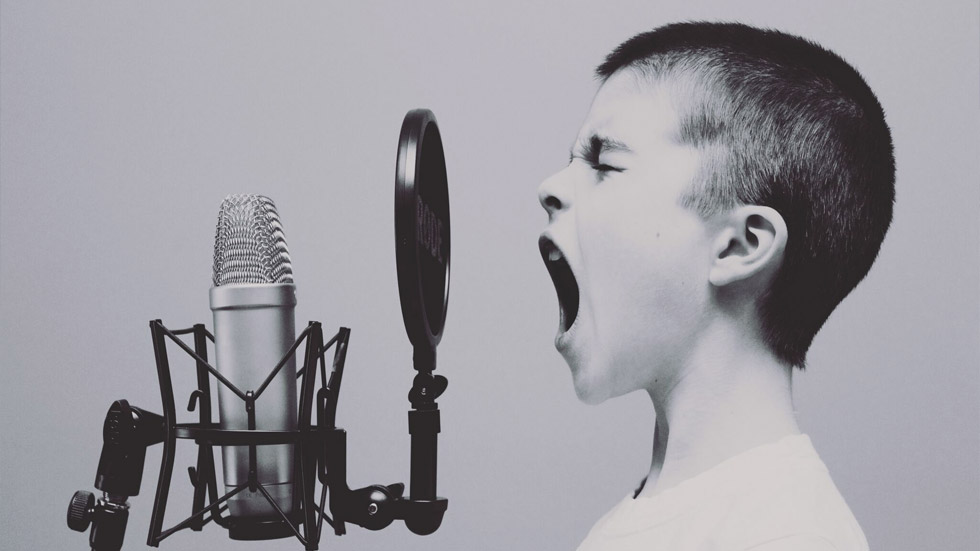 Right now, I’m writing by speaking into a headset microphone and watching my words appear on the screen of my laptop. It all happens magically. The text is remarkably accurate, and I didn’t have to spend time training the software to recognize my voice.

Like a lot of people, I’ve always struggled with writing the first draft of anything—particularly scary when facing a blank page or screen as a deadline approached.

Years ago, I wrote exclusively with a pencil or pen, and my typewriter served merely to produce clean text from my handwritten drafts. But the demands in graduate school forced me to learn to compose new material directly on the typewriter. This wasn’t easy at first, but eventually became second nature.

My graduate program in applied social psychology also had norms for the numbers of pages per hour for producing text: three pages for new writing, four pages for heavy editing, and eight pages for light editing.

As I pushed myself to keep writing a new page about every 20 minutes, painstakingly pulling words from thin air, I was convinced I was producing absolute garbage. But to my surprise, when I read the new material, I discovered it far exceeded my expectations.

Over time, I learned to trust that the draft would come out okay as long as I kept moving forward. Heavy editing was easier than new writing, because I could shape something already on the page. Even in the days before computers, when I had to cut and paste or circle sentences and paragraphs to reorganize them, the process went faster and was less painful than producing those words initially. As expected, the light editing, or proofreading, at eight pages an hour was easiest of all.

I’ve often thought that being able to simply think and talk, without the distraction of writing or typing, would help overcome the intimidating blank sheet of paper or computer screen. So, I wondered: “Is the modern voice-to-text speech recognition software easier than typing to produce that first draft?”

To answer this, I decided to write my novel, Watermelon Snow, using a speech recognition program and wearing a wireless headset/microphone. I had to go through the unfamiliarity and discomfort, similar to what I’d experienced learning to compose at the keyboard, so the computer could convert my thoughts from speech to text. But then I found my groove, as I did with the typewriter years before.

Dictating is significantly faster than typing, but with one major caveat. Theoretically we speak at about 110 to 130 words a minute, compared to about 40 words a minute for the average typist. Whether typing or speaking, you still need to first gather your thoughts.

I found that I had to pause and think frequently before forging ahead. Sometimes I would even tell the software, “Go to sleep,” turning off the microphone. This gave me all the time I needed to reflect on what I wanted to say next.

Having done that, I would say, “Wake up,” turning the microphone back on, and resume dictation. Often a pause, and the resulting train of thought, would produce several sentences that flowed smoothly from one to the next. But as much as I’ve used the software, my speech is still halting.

The other factor to consider is the learning curve involved in mastering the editing tools. The software provides a number of sophisticated commands for correcting errors, punctuation, and formatting that would theoretically allow someone to produce a final, clean document without ever touching the keyboard. But, since my goal had been to write that first draft, I’ve only mastered the rudimentary commands. I don’t mind editing with the keyboard and actually like the control over the material that it provides.

Of course, dictating doesn’t work in all situations. It might disturb others or be embarrassing. Although my two cats seem to enjoy listening to me, I don’t imagine writing this way would work in a public library.

So, was the experiment a success? Yes. I completed the first draft in four months and decided that dictating helped me record it efficiently in the computer. I plan to continue using this approach and highly recommend it to anyone who struggles with that dreaded blank computer screen.

Whenever you experience “blank page paralysis” how do you overcome it? Have you tried speech-to-text software?

Bill, Having gone through all those stages with you in graduate school, I also dreamed of dictating into a microphone and hAving it typed up be the computer. I am still laboring to produce a book in how to do planned change. All chapters have. been drafted countless times and critiqued by Dr H. Once it was all written I really knew what fhe book was about and proceeded to rewrite the first chapter over and over. Then I’ll march through the others. The difficulty of new first redrafts of Chapter 1, when trying to be very precise has sometimes brought me back to pen and paper and ofher times to the computer. The key insight for me is fhat writing is thinking. Sometimes the slower technical process helps me be precise, but I’m really talking about super precise editing–many heavy edits until all issues are handled. Writing is still… Read more »

Howard, great to read your comments! Yes, the many hours we labored over writing our dissertations has certainly paid off for me when writing my first novel. The old saying “10% inspiration and 90% perspiration” still holds true.

I’ve been pleasantly surprised how accurate the speech-to-text software has become, having tried it off and on over the years. It truly allows the train of thoughts to flow, but you’re right about needing to have our thoughts lined up first. That’s why I would only recommend doing this for our first drafts.

I’ll be interested in your reactions to Watermelon Snow. It is an attempt to model the process of planned change through fiction.

Hi Bill,
Thanks for the inspiration! I am finishing a movie script, and am pushing myself to KEEP WRITING and EDIT LATER. It does work, but it is not painless!

I am anxious to try voice-to-text software. It seems like a great way to tell a story!
Leah

Leah, glad to hear you’re making progress on your script. You’re right that forging ahead on a draft without stopping to edit is often hard. I think it takes practice (and faith that what you are producing will turn out OK). I admire your script writing—maybe I’ll try it someday.

Sarah, I’m glad you found this article helpful. I have tried speech-to-text software over the years, and it is remarkable how accurate it has become. Having a wireless headset gives you a lot of freedom too. I’d be happy to talk about this more, if you’d like.

Me too, have the same problem.

Thanks Bill. It’s exciting to hear how much dictation software has improved. Our son has dyslexia and I think these tools will really help him express himself.