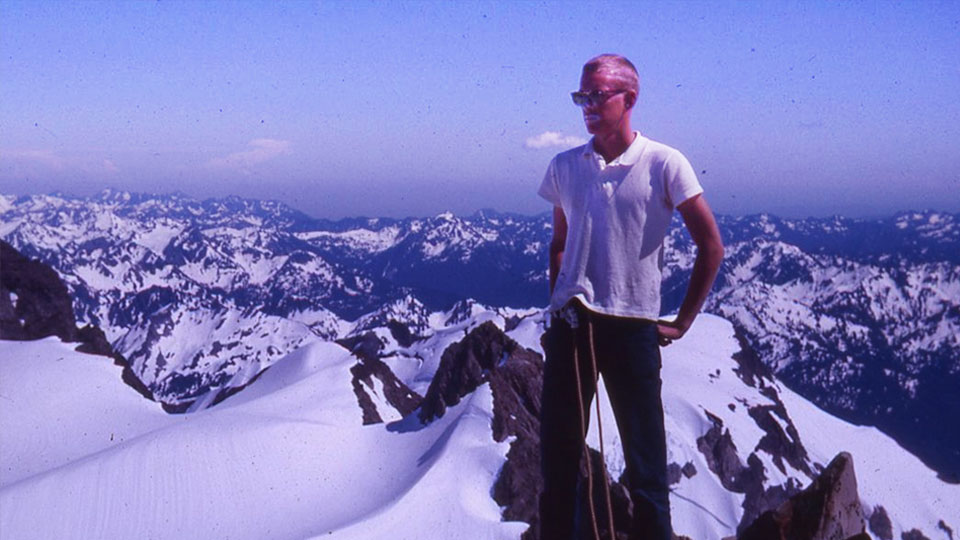 The Evolution of My Novel Idea

People have often asked me where the idea for my first novel, Watermelon Snow, came from. It’s hard to point to any one thing because the idea evolved over many years. Since college, I had imagined I would write a novel one day, but it wasn’t until my retirement that I had the opportunity.

It was on one of my monthly drives through the Rocky Mountains from Denver to Grand Junction, my home at the time, when I first thought of the novel’s title. I know, you’re supposed to write the book and then think of an appropriate title. But watermelon snow seemed intriguingly unfamiliar to many people, and therefore the title alone could convey mystery. I also knew it was real, having encountered it firsthand while hiking in the Rockies.

The choice of setting came next. Right out of high school, I worked on a glaciology research project for three months on the Blue Glacier, near the summit of Mount Olympus in the state of Washington—a spectacular setting that left an indelible impression. All its potential dangers, especially the cliffs and crevasses, made it the perfect place for an adventure. Besides, few people have been to a glacier, let alone lived on one. While there, I managed to fall on some slippery rocks and step into a crevasse hidden from view but left unscathed.

The problem this choice of setting created for me, however, was that I had not seen a trace of the pink algae while there. Only later, after some online research, did I learn that watermelon snow does grow there and has been found on many glaciers around the world. This revelation cleared the way for putting together the title with my desired setting.

Some people might question why I hesitated. This was to be a novel, after all, so why does it matter if it is scientifically plausible? It mattered to me. I have always been enamored with the writing of Michael Crichton, who built upon real science as he wove fictional thrillers from, for example, insects from the age of the dinosaurs trapped in amber. I wanted my novel to be based on science in the same way. I have admired another writer, Robin Cook, for similar reasons, since he derives his plots from his field of medicine. I find it intellectually rewarding to learn science and experience an adventure at the same time.

Next, I chose my characters. From the very beginning I imagined one of my protagonists, Kate, to be a strong, independent woman, someone who is intelligent and willing to take charge. I also imagined her to be a teacher driven to share her passion for the planet with young people. To balance her, I created Grant—a behavioral scientist like myself. The group dynamics that Grant confronted were real for me, having maneuvered through many contentious meetings in a large technology company.

I also wanted him to describe the interpersonal dynamics of a research team, giving me an opportunity to apply my formal training as a social psychologist to a group of scientists studying earth and atmospheric sciences. I learned that NASA supported research teams working in isolated environments such as mountaintops in Hawaii and Antarctic research stations. I was, therefore, able to provide a reason for Grant going to the Blue Glacier to study Kate’s graduate student teaching and research operation.

Just as I attempted to describe glacial research and biological science in ways that are credible to anyone familiar with those fields, I wanted my descriptions of settings to reflect my firsthand experience. This prompted me to take a four-day backpacking trip in 2015 through the Hoh Rainforest to the base of Mount Olympus.

Finally, if picking the title first was backward, then my answering the “so what?” question last for the novel was reversed. It wasn’t until I was far down the road that I discovered that this story about the impact of global warming on the world’s glaciers and on the lives of its characters fell into a new genre of fiction called cli-fi.

So the answer to where the idea of my novel came from is complicated. It came to me piecemeal over a long span of time. In fact, it was not just one idea but literally hundreds that had to be crafted and strung together seamlessly to create what is hopefully a believable, informative, and engaging experience for the reader.

How far have you gotten on the journey of writing your novel? What gave you the idea?

Next Post: What Do Yardsticks, Laptops, and Gas Guzzlers Have in Common?

Margaret, thanks for your interest. Let me know how you like it. Bill