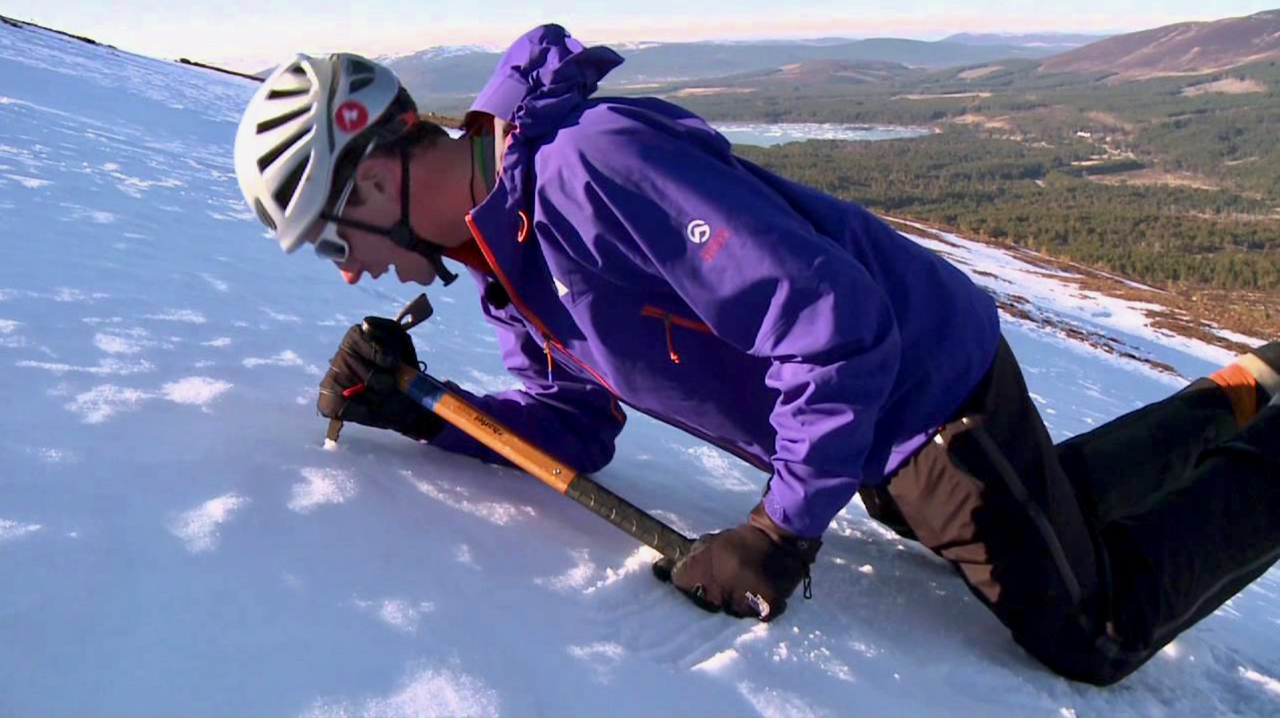 The Ice Ax: A Lifesaver

Fresh from high school graduation, I arrived on the majestic Blue Glacier to start a three-month summer job. I would be joining a team of five to collect data for a University of Washington research project.

After dragging my duffel bag out of the ski plane onto a waiting sled, I carried my new guitar in one hand and a shiny new ice ax in the other as I hiked to the tiny research station nestled in the snow.

Our leader, Willy, gave us training exercises on the side of a steep snow-covered slope to show us how to stop a slide from almost any position using the ax. Although he threatened to have us practice falling headfirst on our backs, I was relieved he never did because the thought alone made me nervous.

Early in my cli-fi novel, Watermelon Snow, Kate, one of the main characters, teaches Grant, the other central character, how to perform a self-arrest with an ice ax on the same snow-covered side of Mount Olympus where I was trained. This scene demonstrates Kate’s mountaineering expertise and highlights Grant’s ineptitude as a newcomer to the potentially dangerous glacier.

Grant finds the exercise demeaning and embarrassing, but Kate insists he practice so he won’t slip and fall into a crevasse or slide off the mountain. Later on, Grant must use his ice ax on three separate occasions to save himself from life-threatening falls.

Most readers of Watermelon Snow have never hiked on a snow-covered mountain or carried an ice ax to traverse the side of a glacier, so I found a good video by the well-known climber of Mount Everest, Ed Viesturs, to demonstrate this essential mountaineering tool.

It took a lot of practice for me to master this skill, as Grant soon discovers, and for many newcomers, the training can be embarrassing. This second video  clearly illustrates the challenge.

In case you believe, like Grant did initially, that the training is unnecessary and silly, here is a video of a climber who fell and could have been seriously injured. As you watch, notice how unexpected a fall can be and the way the climber uses his ax.

The ice ax as a mountaineering tool was developed from a wooden staff with a steel tip, or alpenstock, carried by sheep herders in snowfields and glaciers in the Alps during the Middle Ages. The first recorded use of ice ax equipment to summit a mountain was in 1876 when two men climbed Mount Blanc carrying an alpenstock and a hatchet. This combination later evolved into the single tool we call an ice ax today.

Interestingly, the ice ax was key to the 1938 formation of Recreational Equipment Incorporated, or REI. Founders Lloyd and Mary Anderson discovered they could import ice axes to Seattle directly from Europe and sell them to their mountaineering friends more cheaply than anything available locally at the time. 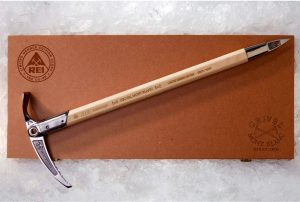 They assembled a group of early investors who formed a co-op to buy and distribute a wide range of mountaineering equipment, but the ice ax has remained one of their core products.

Have you ever walked on a snow-covered slope and wished you had something like an ice ax to chop steps or keep you from sliding? Have you received ice-arrest training?

Thanks for the tips. I can’t imagine hiking with a guitar and ice ax!

Sarah, It worked, as long as I didn’t try playing the guitar while doing an ice ax arrest. 🙂 This was the 1960’s, near the peak of the folk era, and I was just learning how to play chords and sing. It was my companion for many years afterwards.