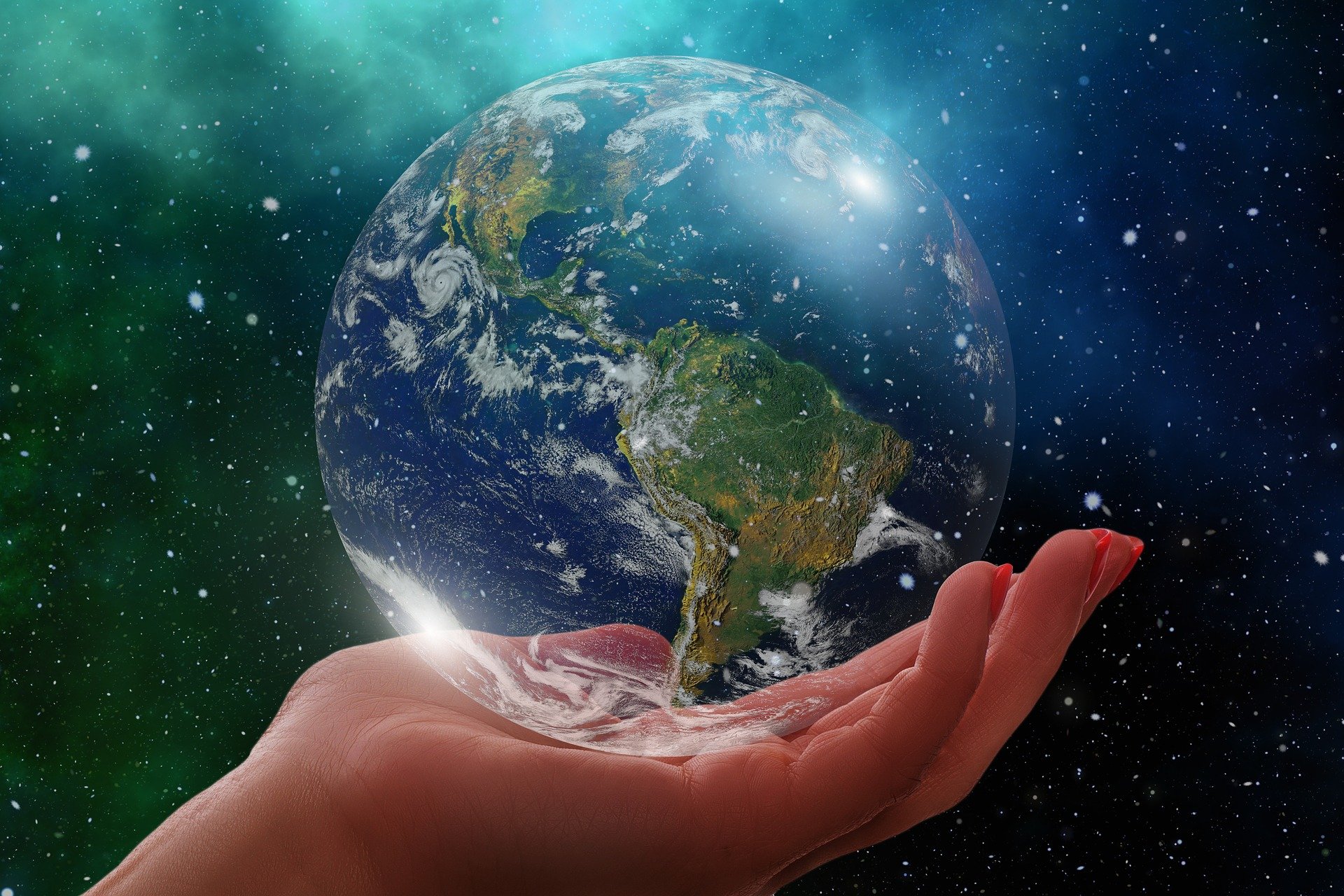 Will Gaia Save Mother Earth?

Wouldn’t it be marvelous if the Earth regulated the environment to neutralize the harmful effects of climate change? If such a mechanism existed, it would let humans “off the hook” for having to deal with global warming. Such a self-correcting system was speculated in the 1970’s by a chemist James Lovelock and the microbiologist Lynn Margulis. They named this the Gaia Hypothesis which, according to Merriam-Webster asserts that the, “living and nonliving components of earth function as a single system in such a way that the living component regulates and maintains conditions (such as temperature of the ocean or composition of the atmosphere) so as to be suitable for life.”

As someone who is deeply concerned about the steady increase of greenhouse gases in the atmosphere and the resulting frequent wildfires, violent storms, record heat, and sea level rise, I found it refreshing to think, even momentarily, that we don’t have to worry because Gaia will take care of us. But then I wondered how much confidence I should place in this theory? Can we afford to sit back and let Mother Earth fix our problems? What if the theory is interesting but wrong?

Gaia was initially met with criticism by scientists for teleological assumptions by suggesting that plants and animals have maintained conditions conducive to their thriving without identifying how they accomplish this.  But the theory became popular with lay audiences, such as New Age advocates, pagans, and Wiccans, who found the metaphor and allusion to Mother Earth appealing without having to account for how and whether it actually worked.

Scientists, however, in order to evaluate the Gaia Hypothesis, searched for mechanisms in nature that could account for stabilizing the climate for the benefit of living things. They have identified a number of processes, some completely inorganic and others involving life forms. Many species of plants and animals have benefited from the relatively stable climate that Earth has experienced since the last Ice Age. It turns out there are lots of processes in the natural world that affect climate—some work to counteract changes such as increasing air temperature, and these are called negative feedback loops. An example of negative feedback is the thermostat in a furnace. When the temperature of the house drops, the thermostat causes the furnace to circulate more heat to keep the temperature constant. Such systems are described as “negative,” not because they are bad, but because when something in the environment changes, such as increasing concentrations of greenhouse gases, something else works to reduce the concentration, like photosynthesis in plants that removes CO2 from the air, keeping the environment in more-or-less an equilibrium state.

In terms of Gaia, Lovelock pointed to a negative feedback loop involving ocean algae. The sun warms the ocean causing more algae to grow which leads, through a chemical process, to the release of sulfur dioxide providing the nuclei for cloud formation and the ultimate cooling of the ocean.

In contrast, many processes on Earth tend to enhance or amplify a change and are called positive feedback loops, not because they are “good” or desirable, but because they further add to an existing change. For example, global warming causes permafrost to thaw thus releasing methane, a greenhouse gas many times more potent than CO2, causing even more heating of the Earth. Some scientists are concerned that positive feedback loops could create a “tipping point” in global warming producing runaway climate change overwhelming all existing negative feedback processes resulting in the reduction or extinction of many species of plants and animals including, possibly, humans.

Kirshner points out that prehistoric temperatures have risen and fallen along with CO2 levels indicating, “If CO2 is biologically regulated as part of a global thermostat, that thermostat has been hooked up backwards for at least the past 300 million years.”

Even if the Earth has been stable and conducive to life as we know it for thousands of years, it seems that natural processes of control are no longer capable of keeping up: “Gaia has operated without foresight or planning on the part of organisms, but the evolution of humans and their technology are changing that. Earth has now entered a new epoch called the Anthropocene, and humans are beginning to become aware of the global consequences of their actions.”

Under Gaia 2.0 the natural climate control of Gaia would be supplemented and enhanced by humans by eliminating carbon fuels, drawing CO2 from the atmosphere, and deploying methods to reflect sunlight before it reaches Earth.

As appealing as the Gaia Hypothesis seems, the evidence is that humans are responsible for the bulk of global warming, and therefore we must do what is needed to keep our planet habitable. If not, Earth will still exist but evolution will proceed and some other species, better adapted, will take our place.

If Gaia were found to be valid, would humans need to change to renewable energy? How has the Earth remained hospitable to life if it turns out the Gaia Hypothesis isn’t valid?

Thanks Rodger. I’m glad you liked the story of Gaia.

I have always found the Gaia idea fascinating. I have accepted it more as symbolism than stark reality. There certainly seems to be a preexisting harmony and balance on earth which has been disrupted by unrestrained use of human science and technology.

I find it very likely that the living parts of earth will be restored to healthy balance. The question is will that occur within hundreds of years, or hundreds of thousands, or hundreds of millions? Can humans use science and technology to reverse the damage, or will corporations and politics stifle the awareness of oncoming trouble which has grown in the general public? It remains to be seen.

Thank you for the thought provoking blog.