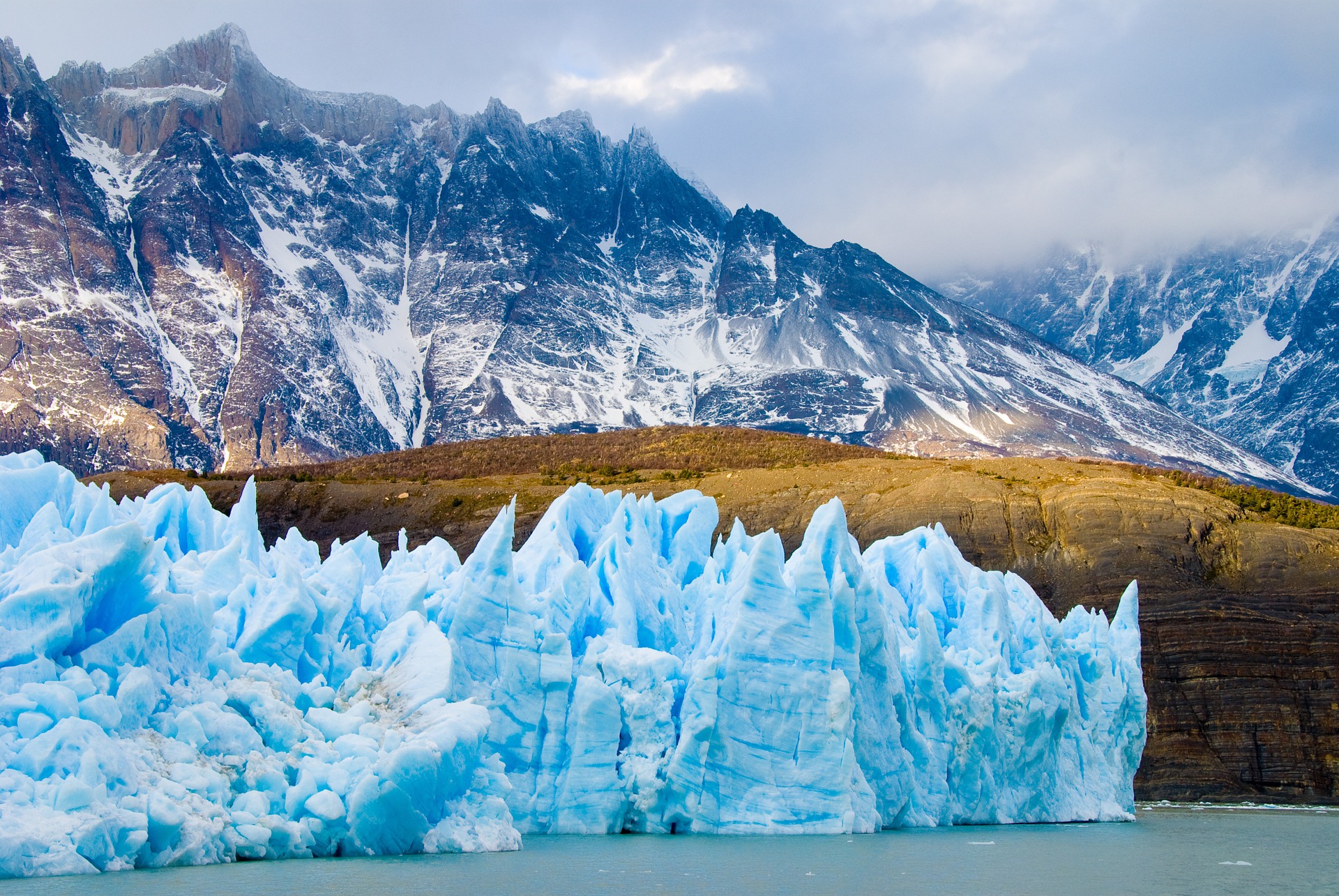 Our Future World – Shaped by Ice on the Move

When I look east from Flagstaff Mountain, near my home in Boulder, Colorado, I see a flat landscape that extends to the horizon, like the bottom of the ocean after someone pulled a drain plug. In a way this image is accurate because a large inland waterway once extended north to south, cutting the U.S in half—I’ve even collected shark’s teeth in western Kansas. So, sea level rise and fall is nothing new.

What is new from the perspective of humanity’s time on Earth is the rate of warming caused by the greenhouse effect of an increasingly thick blanket of carbon dioxide and other greenhouse gases that prevent heat from escaping. One consequence of this rising temperature is the volume of fresh water stored in the massive glaciers of Greenland and Antarctica that is being added to the oceans in the form of meltwater and icebergs.

The climate system is so big and complicated that scientists are discovering just how much more there is to learn about its dynamics. They create computer models of this complexity in order to predict how things will change in the future. These models are only as accurate as the assumptions upon which they are based, which, in turn, rely on measurements and observations of actual ocean temperatures, sea level gauges, and monitoring of the melting and movements of glaciers and ice sheets. Unfortunately, current observations suggest that their models are too conservative, and changes are happening faster than their models have predicted. This is scary. Jeff Goodell describes in his book The Water Will Come how vulnerable we are to the inevitable rise of the oceans and its effect on coastal cities around the world. And it’s happening already.

The behavior of ice in this system holds the key to the shape of our future world. If we were to burn all known reserves of coal, oil, and gas, according to Goodell, sea level would rise more than 200 feet. No one is predicting that all the ice will melt, but if we can hold warming to 3 degrees F, then sea level may rise by 2 feet by the end of the century. The current rate of burning fossil fuels, however, is expected to result in about 8 degrees F increase in global warming and a sea level rise of anywhere from 8 to 13 feet. The consequences would be devastating.  The Union of Concerned Scientists recently published a report based on an extensive analysis of home values from Zillow, the online real estate site, that housing and commercial losses would total $1 trillion, assuming a 4-foot rise in sea level in the U.S by 2100.

So, the speed with which glaciers melt, flow toward the sea, and calve into icebergs is critically important to understand in order to predict what our shorelines will look like in the years ahead. In 2012, the warmest year on record at the time, scientists were caught by surprise by evidence that the entire Greenland Ice Sheet was melting, not just the normal melting at the edges. Their models had not predicted this so soon. They discovered that they needed to include things like the soot from wildfires in the western U.S. that spreads across Greenland and the patches of algae (e.g., watermelon snow) that grow on the ice—both making ice darker so it melts faster. Even the mechanisms that determine how fast glaciers move need to be revised, based on current research.

I don’t expect the oceans to return to Colorado so Boulder would once again be on the waterfront, but we all need to find ways of reducing greenhouse gases or else lots of bad things will happen. It is no exaggeration to say that the shape of our shorelines, the potential loss of property, the forced dislocation of millions of people, may be determined in a real sense by ice on the move.

How optimistic are you that we can keep global warming to three degrees F?

I’m heading to Northern Norway in February (unheard of for a cruise ship before) and I’ll let you know how it looks….albeit in winter. A map of where the water would be with a 8′ rise and a 13′ rise in sea level would be interesting.

Sheryl, Thanks for the comment. I’m guessing that Northern Norway was off limits for cruise ships because of ice that is no longer a barrier. Unfortunately, this is a good example of the kind of melting experienced in the Arctic. I’m sure someone has made maps of the U.S. coastline with various amounts of sea level rise. I recall seeing one in which Florida would be much smaller and shorter.

Have you seen this site, Sheryl? http://globalfloodmap.org/Norway You can customize the rise in various increments.

The point you make in the last paragraph is an interesting one — with a burgeoning population and shrinking landmass, will we eventually have a “Waterworld” sort of scenario on our hands?