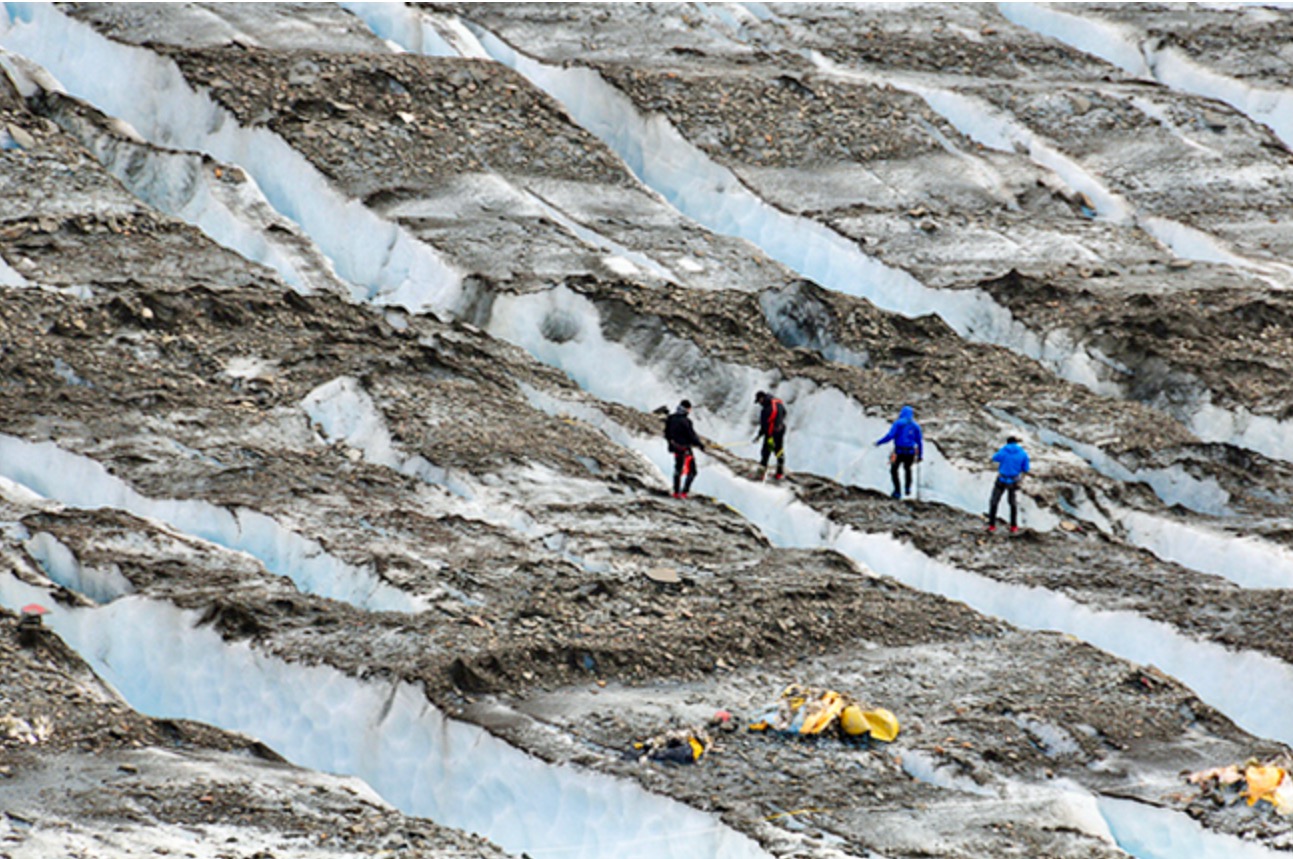 What happens when living organisms are frozen in ice or permafrost? They are preserved, much like the meat or vegetables in your freezer at home, and they can often remain intact for decades or centuries. I was surprised to learn while doing research for my cli-fi novel, Watermelon Snow, that ancient frozen viruses are still viable 30,000 years later.

Earth’s freezer, or cryosphere, is huge and “includes solid precipitation, snow, sea ice, lake and river ice, icebergs, glaciers and ice caps, ice sheets and ice shelves, and permafrost and seasonally frozen ground.” Among many other things, the cryosphere functions as a deepfreeze preserving plants and animals of all kinds.

The accelerating pace of global warming this century caused significant melting of snow and ice all over the planet. When frozen organisms including humans melt from their icy surroundings, they can provide valuable information about the world at the time when they were living. It’s like opening a time capsule. The Ötzi Iceman I described in my last blog is a striking example of what can be gleaned from the study of a prehistoric body and its associated artifacts. I promised at the end of that article to describe other things that have recently emerged from melting glaciers or permafrost around the world. Here is a partial list:

Some of these discoveries are of particular value to paleontologists who study ancient life. Others fall into the domain of archeologists studying prehistoric civilizations. The identification of the bodies of those killed more recently in plane crashes are especially meaningful to relatives who welcome the closure they provide. One could conclude that the melting cryosphere has been a boon to human knowledge.

However, people concerned about public health worry that bacteria and viruses may emerge for which humanity has had no prior exposure and no immunity. This concern seems justified now that the world struggles to cope with the pandemic caused by the previously unknown COVID-19 virus. Also, the accelerating pace with which we are losing the cryosphere means that some rare specimens may decay before they can be identified and studied. The natural beauty and majesty of the ice sheets and glaciers of this world, not to mention the fresh water storage, will be missed by many if they disappear altogether.

We cannot say, therefore, that the relentless shrinking of the cryosphere is altogether good or bad. It is merely the result of a warming planet, which has serious negative consequences for humanity’s future.

Will the world respond to the current coronavirus outbreak by preparing for the next pandemic, which could come from novel viruses emerging from glaciers after they’ve been frozen for thousands of years? Do we only miss glaciers that are disappearing in our lifetime and not ones that were gone before we were born? Since humans are largely responsible for global warming, should we feel responsible for the harm it is causing to other species and our environment?

[Featured Image: Search teams retrieving debris in 2012 from a plane that crashed in 1952 on a glacier in Alaska. (Photo courtesy DoD/Cpt. Jamie D. Dobson, U.S. Army)]