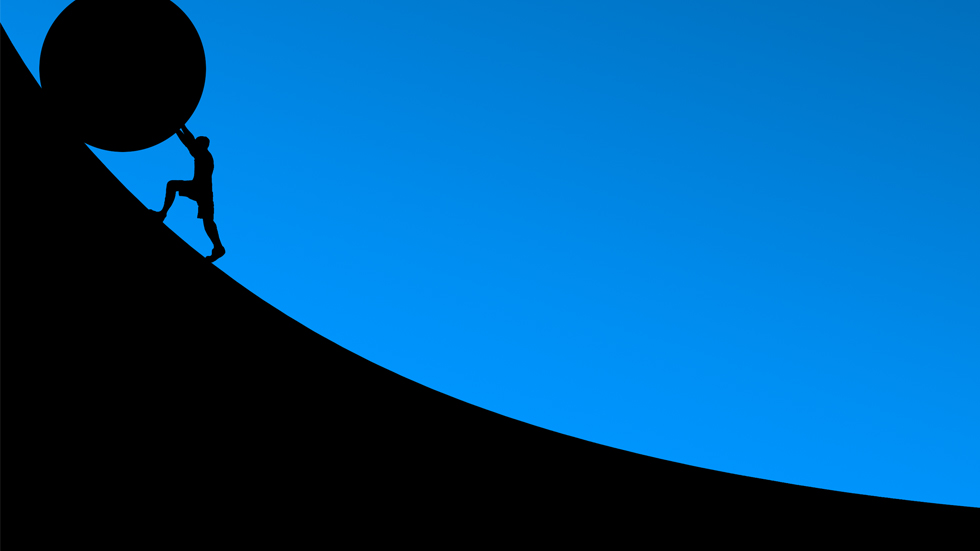 What Do Yardsticks, Laptops, and Gas Guzzlers Have in Common?

It’s hard to imagine that these three items could be related in any way. Yet yardsticks, laptops, and gas guzzlers share histories not often recognized or compared—and tell us a lot about how we resist change.

The yard is based on the distance from the tip of the index finger of an outstretched arm to the center of the human body. Of course, that distance varies from person to person, so the yard was defined as 36 inches. But an inch is based roughly on the length of the first joint of the thumb—another variable.

During the Enlightenment, about 300 years ago, rational thinkers designed a system using naturally occurring standards, such as the temperature at which water freezes. They also established measurements with base 10, which allowed for easier calculations of partial units with decimal fractions. This system evolved gradually and became the metric system or the International System of Units.

In the 1970s, we appeared to be on the verge of going metric in this country, with lots of publicity for the “metrication” movement, as it was called. The metric system was taught in schools, and certain highways had signs in both miles and kilometers. The speedometers on many new cars had miles and kilometers per hour on their bilingual dials. Then POOF, seemingly overnight, the movement to go metric quietly disappeared from public view.

I was curious what happened and so recently read the book Whatever Happened to the Metric System? by John Bemelmans Marciano. It wasn’t easy for people to abruptly switch from inches and feet to centimeters, meters, and kilometers—there were lots of complaints. So in the 1980s during Reagan’s presidency, the metric system was quietly removed from serious consideration by our federal government.

The laptop is arguably the most commonly used productivity tool in the world today. But, ironically, the keyboard on all laptops in English-speaking countries, known as QWERTY for the letters in the upper left-hand row, dates to the original American typewriter prototype of 1872.

The story goes that the inventor of the typewriter, Christopher Latham Sholes of Milwaukee, scrambled the keyboard to slow down the typist and keep the crude type-bar mechanism from jamming. This arrangement of the keys quickly became the de facto standard in spite of proposed alternatives.

A serious reconfiguration effort was made by August Dvorak in the 1920s, after he conducted a rigorous time and motion study that confirmed the suspected flaws of the QWERTY configuration—typing in English involves leaving the “home row” and jumping from the upper to lower rows and the weak fingers do more work than the strong ones. Often entire words are typed with one hand while the other hand is idle.

Dvorak moved the keys so about 70% of all English is typed on the home row. Also, you can see in the diagram below that all vowels are located on the left side of the home row. Since most English words alternate consonants and vowels, the typist switches constantly between right and left hands. The data shows that students learn to touch type four times faster using Dvorak than they do with QWERTY.

In spite of the Dvorak’s persistent efforts to replace QWERTY with what is now called the American Simplified Keyboard, most typing is still done on computer keyboards with the 150-year-old QWERTY.

By the way, I switched to the simplified keyboard when typing my dissertation in the 1970s and have continued to use it ever since. Most computer operating systems, including Windows and Apple Mac OS, include the option of the Simplified Keyboard by remapping in software.

A similar pattern of resistance emerges when we look at the automobiles purchased by Americans. In response to the Arab Oil Embargo in the 1970s, the United States began a pattern, lasting for over 45 years, of implementing a progression of Corporate Average Fuel Efficiency (CAFE) standards only to pull them back due to lobbying by the auto industry.

As soon the price of gasoline began to plummet with the increase of worldwide production around 2010, Americans gravitated away from smaller, fuel-efficient sedans to large, gas guzzling trucks and SUVs. This behavior flies in the face of government fuel standards and concerns about global warming that have grown in response to the burning of fossil fuels. In March 2017, the U.S. President asked the EPA to roll back the existing CAFE standards once more.

Is democracy at fault?

If the government mandated the purchase of smaller, more fuel-efficient cars, we can only imagine the huge outcry and political push-back. People would demand, “What right does the government have to tell us what to buy?” But the history of the adoption of the metric system by countries around the world suggests that the switch is more successful when governments mandate it, or in times of political upheaval.

Resistance to change isn’t always bad—it can provide the stability needed for organisms to survive. But resistance can lead to irreversible, unintended consequences, such as those we are facing by not addressing human-caused global warming.

We’ve agreed on global solutions to problems in the past—our time zones, for example—so there’s hope we can solve the biggest threat facing humanity today. Can we marshal the will to overcome our natural resistance to change?

Can you think of other cases of worldwide agreement to solutions that required individuals to change their behavior?